Do you know your Alphabet? To celebrate web Goliath Google announcing that they have restructured and become Alphabet – we’ve decided to give you an A-Z of POCO Building Supplies History, with some interesting facts about our company that you may not be familiar with.

Of course you can rest assured that we won’t be changing our name, or terms of service – and we certainly don’t have any plans to branch out into the world of automobile manufacture any time soon.

We hope you enjoy our little History lesson. Class is in session – do you know your #Alphabet from abc.xyz? B is for Baseball. POCO Building Supplies has been supporting local minor Baseball since the earliest days when Harry opened the doors in 1919. Find out about other Sports Teams we sponsor here. C is for Coal. We hauled tons of black gold in the early days to the Port in New Westminster. D is for Drama Award. We’ve been providing a bursary award for the top Drama student at Terry Fox Secondary for 25 years and counting. We’ve been supporting Creative Arts in local school for decades

E is for Experience. Our slogan is ‘Build on Our Experience’ and the last word is a key factor in the ethos of the company. Nit only do we want you to benefit from our 94 years of industry knowledge – passed down from one generation to the next, but also we want to make sure that you have the best Customer Experience when you shop with us. Read some of our online reviews. Build on Our Experience

F is for Fire Truck. John Galer served for 21 years as volunteer Fire Chief. John is pictured here mid 1990’s with 1949 fire truck that he drove to Port Coquitlam from Ontario when it was first purchased by the City of Port Coquitlam. G is for Galer Way. Named after RC ‘Harry’ Galer in recognition of his service as Mayor

Galer Way is located in City of Port Coquitlam’s Northside

H is for Harry. Our founding father RC Galer was more familiar with the name Harry. I is for ‘I Owe You’. During John Galer’s time as volunteer fire chief, overseeing a crew of that included half of his supply staff – the store would empty when the firefighters hastened to respond to calls. With doors left unlocked, the store remained open for business, functioning under the honour system. Payment, during those times, was an “I owe you” note left on the front counter.

J is for Jeff. Jeff Galer that is. Jeff is one half of our 4th Generation of Galer’s in charge of the business. Jeff is Vice-President of Customer Service.

K is for Kinsmen. With materials and transportation – we helped the Kinsmen build Canada’s first Participark in April 1977

L is for Long Service. With several of our longest serving employees with more than 30 years under their POCO Building Supplies belts, we’re known for hanging onto our valued staff members. M is for Mayor. RC Harry Galer served as the fourth Mayor of Port Coquitlam and remained in the position for 20 years. RC Galer served as Mayor for over 20 years

N is for New Location. Our current home at 2650 Mary Hill Road wasn’t our first. In 1967 we moved from our original location on Shaughnessy Street.

O is for Outstanding Young Retailer. An award our very own Chris Galer won courtesy of Hardware Merchandising Magazine in 2012 P is for Port Coquitlam – because without it, there would be no POCO in Building Supplies!

Q is for Quarry Road. Our trucks were used to haul stones and gravel from Quarry Road on an almost daily basis. Quarry Road is located in the North West of Port Coquitlam in beautiful Minnekhada Regional Park. We made regular trips to Quarry Road to haul Gravel

R is for Runway. When the company was listed as an essential service during WW2, John Galer ran Cement and other materials out to Abbotsford Airport to build the Runway. S is for Shaughnessy Street – our home until 1967 when we moved to our current location on Mary Hill Road. One of our favourite images is of our old trucks parked in front to the old building. We’ve given a nod to this image and our previous location on a brand new window graphic we’ve had installed in July 2015 Our old fleet at the Shaughnessy location

T is for TimberMart. We are a founding member in 1967 and since then the National Dealer Network has gone on from strength to strength. 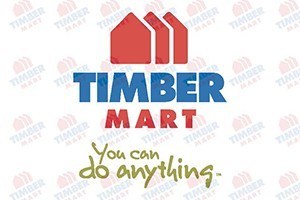 U is for Underdog! We’re kind of a small company – a little fish in a big sea. It’s made us realize that we have a very sound business to be around for 94 years. Statistically, it’s very unlikely that a family business gets beyond a second generation, and less than five per cent get beyond a third, so to make it to a fourth (and hopefully fifth, sixth…) we feel very lucky. It’s a statement about our family and our staff that we have a place that endures the ups and downs. We could’ve easily shut the doors and done something different. Excerpts from an interview with The Now article ‘Four generations hammer the odds’ Read Full Article Everyone loves an Underdog

V is for Values. Our company is founded on a set of strong family values that extends to the local Community and is evident in our commitment to making our City, local area and Canadian Economy stronger through honesty pricing and good old fashioned customer service. W is for World War II. John Galer lost his two brothers-in-law during the war – one of whom, Douglas, had worked at the store. John himself was barred from serving in the Canadian Forces following the government’s decision to list the company as an essential service. X is for X-mas Sweaters. Ugly ones! Every year we participate in Ugly Sweater Day and raise money for The Children’s Wish Foundation of Canada with the help of nowthatsugly.com LOOK at those ugly xmas sweaters!

Y is for Young Blood. The youngest Galer currently in the ranks is Kelsey Dawn Galer who certainly brings a youthful and bright energy to work on a daily basis She’s a Lumberjack and she’s OK!

Z is for Zach – who thankfully helps us out when he’s not at University, and without whom we would not have been able to finish this A-Z. Thanks Zach!